In the tumultuous times in which we live, Energy and how we produce it and use it, is of increasing concern. Santos has been a pioneer in the energy sector since 1954. The company is Australia’s largest domestic gas supplier and aims to be a leading Asia-Pacific LNG supplier.

Santos has it origins with its first significant discovery of natural gas in the Cooper Basin in the Gidgealpa 2 well in 1963. The company possesses the largest exploration and production acreages in Australia with extensive infrastructure and is committed to supplying the domestic markets, with an aim of unlocking resources and driving value and performance. 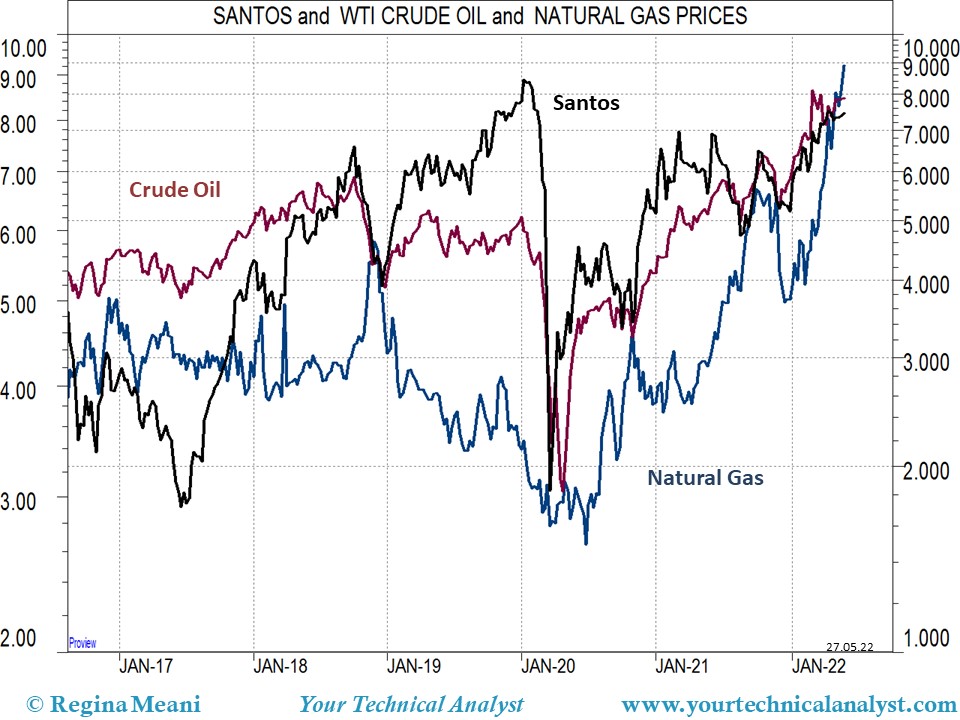 Because of its mix of oil and gas assets the share price is influenced by both the oil and gas prices as shown in the accompanying chart. The share price for Santos (ASX: STO $8.24) broke its 1993 uptrend in December 2014 when the price fell through $8.90 and proceeded to sell-off to a spike low in January 2016 at $2.46. From here the price recovered in a volatile fashion to reach resistance in the $8.00-9.00 region in late 2019 and early 2020. The price was rebuffed from a combination of resistance and divergent momentum triggering a severe fall in price to another spike turning point at $2.73 in March 2020. This was in line with the general market selloff and the sharp oil price drop. 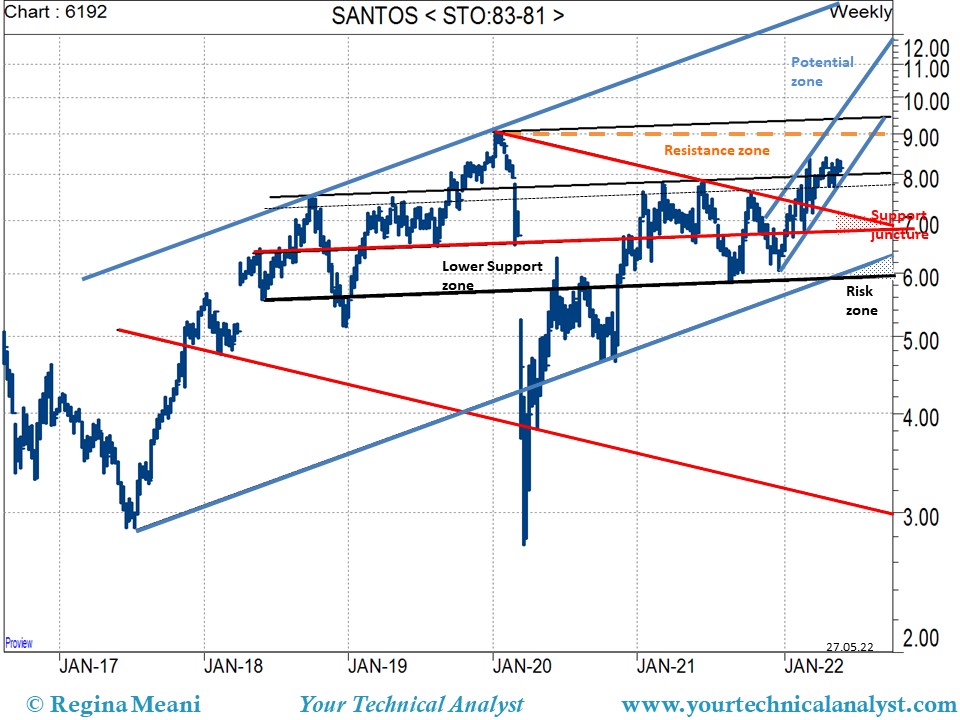 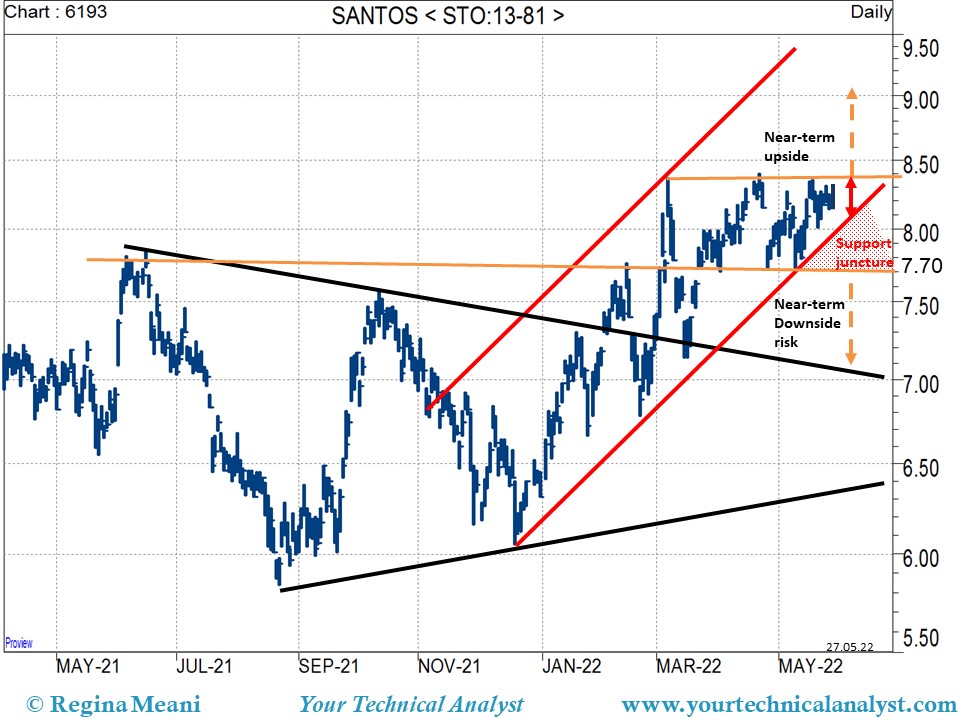 Since then, the price has again rallied strongly to set up a volatile phase beneath the previous $8.00-9.00 resistance. From March this year the price has edged into the resistance zone carried by a steeper uptrend form late 2021. The indications are not yet clear as to whether or when the price may push higher within the resistance band but the steep uptrend would be threatened if the price dropped through $7.95 suggesting a deeper pullback towards $7.70 may be required. In the event that this level fails then the next support would be located around $7.15 and more importantly in terms of the overall upward path, between $6.60 and $6.90. At this point in time a fall to these levels in not indicated as the steeper short-term uptrend is still intact.

A rise through $9.20 would clear resistance and suggest that the pause phase was completed and that the price had the potential to travel higher towards $9.50 to $10.10 and then $12.20 and possibly towards $16 and beyond the peak.

While the price remains in the volatile pause phase, we would strongly suggest that traders and investors alike use tight stop loss levels or wait until there are clear signals for change triggered by either a break above resistance or break down through the shorter-term support.