Following on from our “Golden Crossroads” report last week, the Black Cat Syndicate (ASX: BC8 $0.625) popped on to our radar as a gold explorer.

Black Cat’s Kal East Gold Project comprises highly prospective tenements to the east of Australia’s world class mining centre of Kalgoorlie, WA. The company plans to construct a central processing facility for the Project, designed to be a traditional Carbon-In-Leach gold plant. This would be ideally suited to Black Cat’s Resources as well as to third party free milling ores located east of Kalgoorlie. 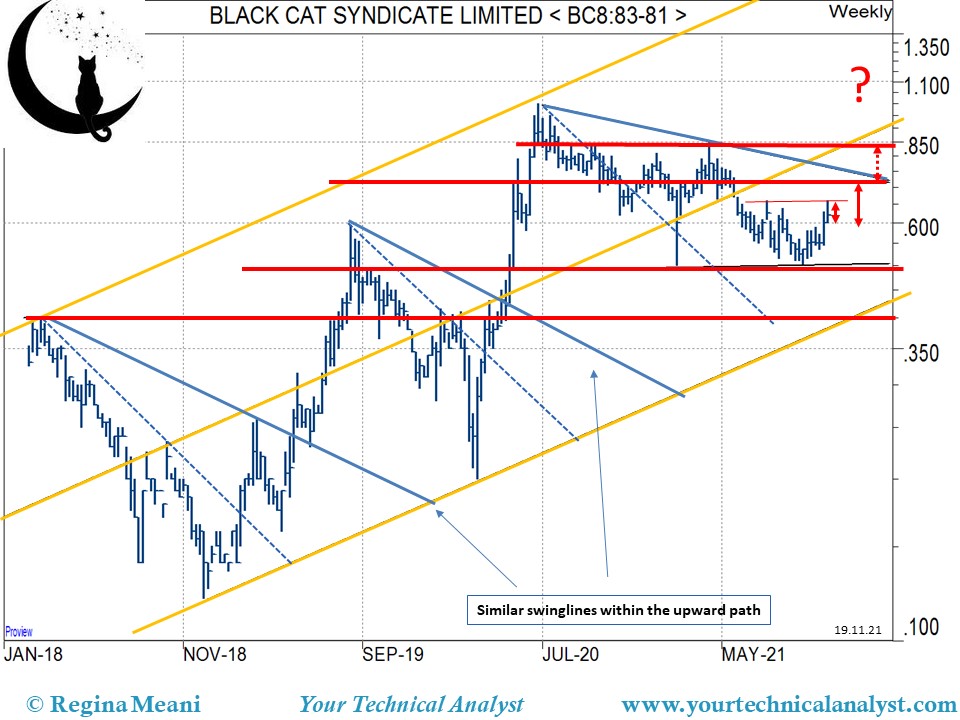 Over the last four years the share price has experienced a wide-swinging upward trend path. Falling form 40c to a low of 12c in 2018 the price based and then trended higher during 2019 to reach just short of 60c by August of that year. From here the price fell into decline to pick up a higher low at 20c in March 2020. A spike reversal propelled the price through its recent high to forge higher to a peak price of $1.00 in July 2020. After rising five times its price momentum peaked and diverged and the stock fell into decline with a significant spike low to 50c in March this year. The price promptly recovered much of the sell-off but failed to alter the downward drift in price. While retracing back to 85c in just over a month, the price fell back into decline to retest the 50c level on 5 October. 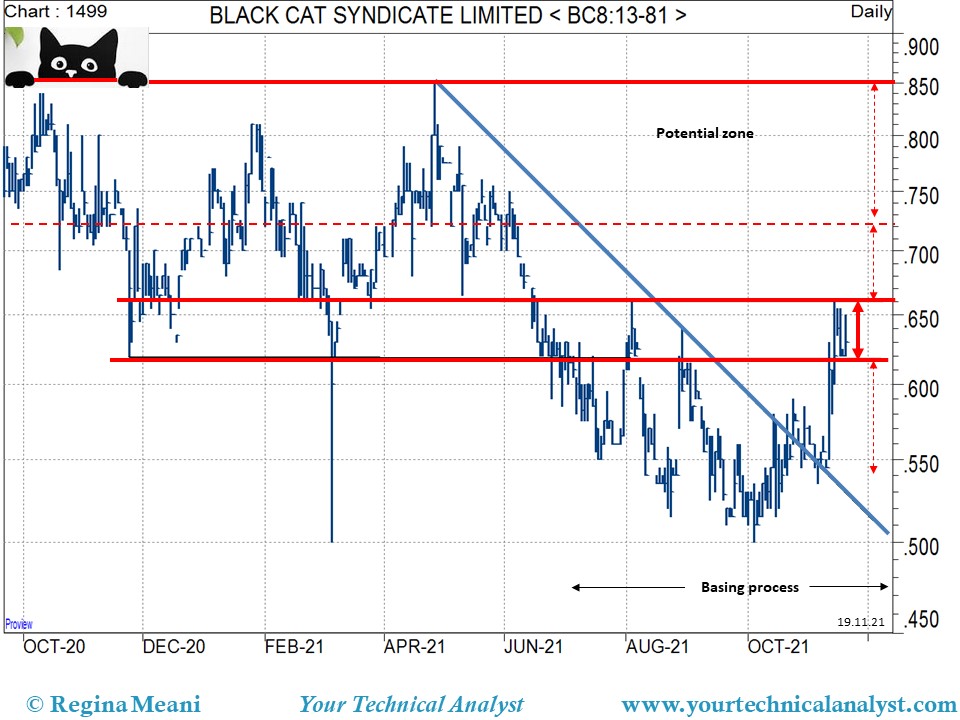 The 50c level appears to be pivotal in a developing base with the recent price rise through 60c confirming a break in the short-term downtrend. Since then, the price has risen to tackle the top of the basing process at 66c and has paused in recognition. Near-term support is located at 62c and a drop below this level would indicate more swings within the base which may incorporate lower support located around 54c.
To complete the base, the price needs to break above 66c to then rise to approach higher barriers located at 72c and then 85c. As these levels are approached the price may need to pause and consolidate the upward trend. The 85c level provides a critical barrier to an extended upward path. The risk would be a drop below 54c.