Queensland-based coal miners were hammered by the stock market yesterday as the Qld state government added an extra three tiers of coal royalties. 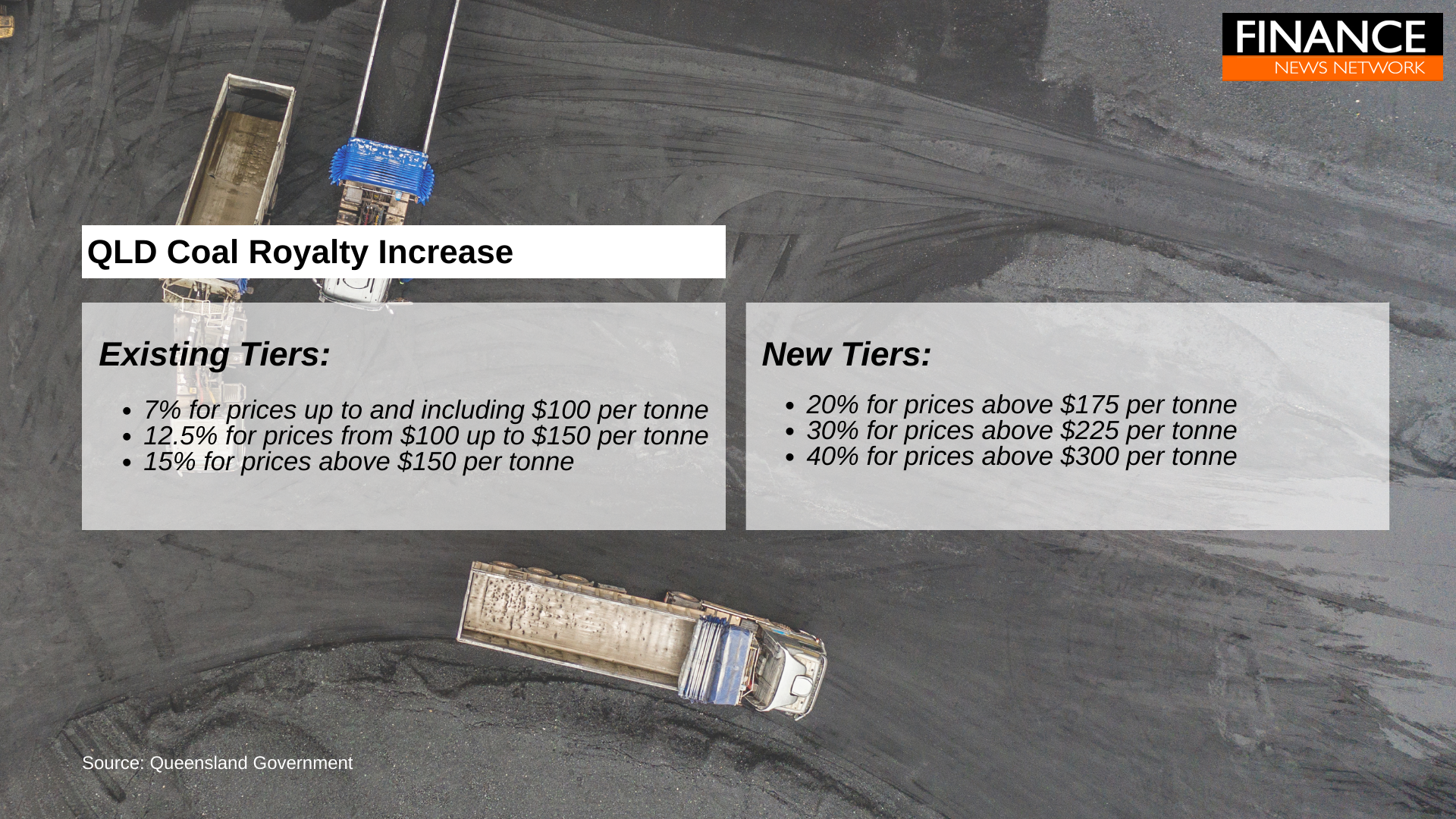 This sent Queensland coal miners tumbling up to 47 per cent yesterday on the news.

Further scrutiny today of the new royalty regime suggests that investors overreacted yesterday to the announcements made in the Queensland budget – the new top tier rates only apply at the margin – meaning if the coal price was $302 per tonne, the 40 per cent rate would only apply to that last $2.

With the current futures curve for thermal coal peaking in April 2023, the Qld Government appears to have less than 12 months of windfall gains before export coal markets begin to return to a more rational pricing environment. Even then, the futures curve suggests that thermal coal miners with well managed operations, will still enjoy strong profitability.

This could explain why coal mining stocks are in rally mode with Bowen Coking Coal (ASX:BCB), clawing back its losses after its 49 per cent fall, up 7.1 per cent to 23 cents and Coronado Global (ASX:CRN) has added 5.6 per cent to $1.61.

Meanwhile other coal miners are also on the move on the back of the news, New Hope (ASX:NHC) is up almost 4 per cent to $3.41 and Terracom (ASX:TER) is trading 8.2 per cent higher to 59 cents.