BrainChip holdings claims to be the world’s first commercial producer of neuromorphic IP with its product AkidaTM bringing common sense to the processing of sensor data, freeing machines to do more with less, enabling them to infer the big picture from the basics. The product mimics the human brain to analyse only the essential sensor inputs at the point of acquisition, processing data with precision and economy of energy, while improving privacy and data security.

Forecasters suggest that demand for AI-enabled Edge and Internet of things (IoT) products are set to grow at double-digit annual growth rates. BrainChip enables effective edge compute to be universally adopted in real-world applications such as connected cars, consumer electronics, and industrial IoT. 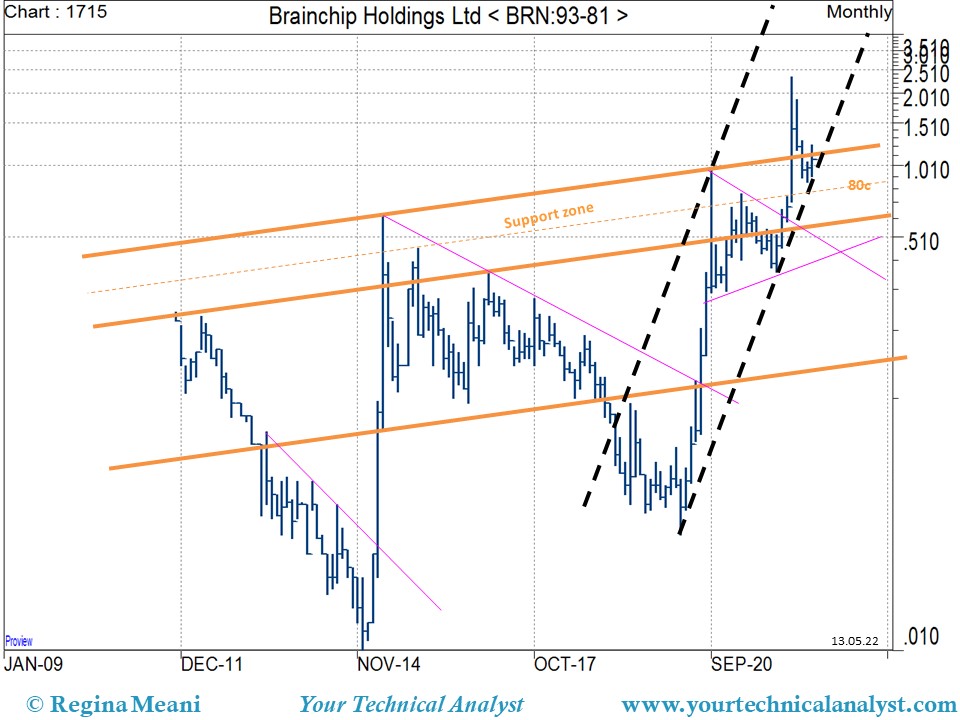 The share price for BrainChip (ASX: BRN $1.115) has experienced a roller coaster ride from November 2011. Dropping from around 25c through 2012 and 2013 to find a low and turning point at 1c in December 2014, the price surged in the first few months of 2015 to a high point at 62.5c where momentum peaked and the price began a volatile sideways movement. The phase continued through until the end of 2018 when the price broke down and oscillated lower to find a higher low at 3c in March 2020. 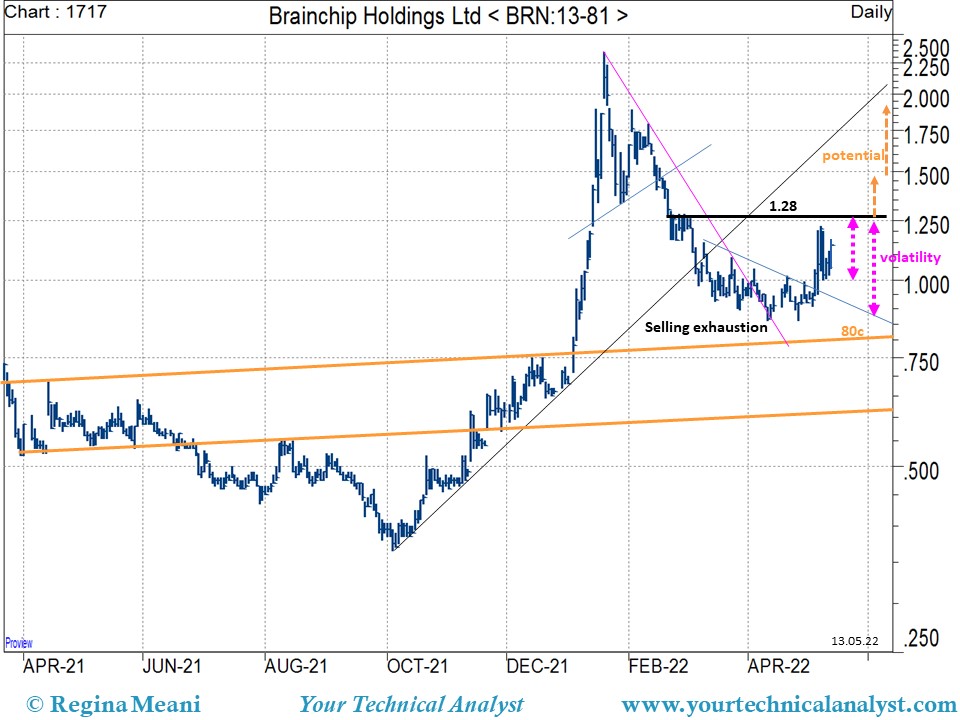 The action through 2019 and until mid-2020 formed a base for a reversal which was completed in mid-2020 and produced another surge which took prices to a new high at 97c in September 2020. Another momentum peak saw prices pullback and consolidate within a triangular fashion which was completed for the upside with the rise through 61.5c in late November 2021. Prices took off to reach through the initial objective of $2.00 to peak at $2.34 in January this year. In this instance divergent momentum halted the rise with the price pulling back with increased volatility leading to a further sell-off to locate support and a double turning point at 86c in April.

In the last week we have seen the price swing in a 20% range between $1.00 and $1.20 in an attempt to adjust and hold its position for another swing higher. Influenced by market uncertainty the price may continue the price swings with lower support in the 90-96c range and more importantly in the 80-86c area. A drop below this level may seriously delay the next upswing. When the price rebalances and produces a rise through $1.28 the stock will gain the potential to tackle resistance around $1.40 and then at $1.90 followed by the peak zone and possibly significantly beyond.