Stocks slipped overnight after June inflation data hit its highest level since 1981, adding to growing fears that the Federal Reserve will get more aggressive in its fight to tame rising prices.

Inflation in the US has jumped to a new 41-year-high driven by broad-based price increases in gas, food and rent.

Annual consumer prices rose 9.1 per cent in June from a year ago, up from a 8.6 per cent jump in May, and ahead of economists’ expectations of 8.8 per cent – with gas prices at the pump the major reason for the rise in consumer prices. 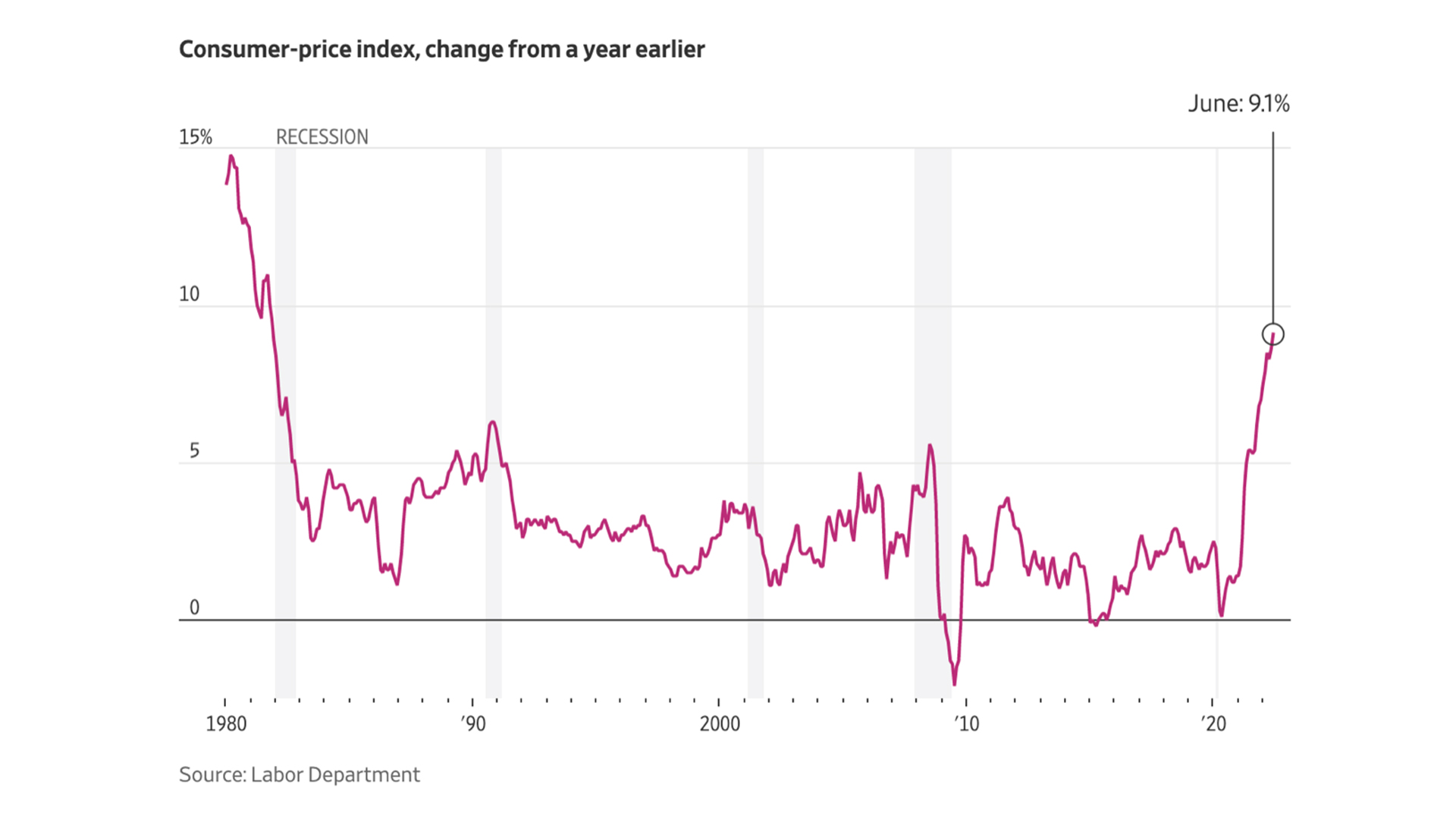 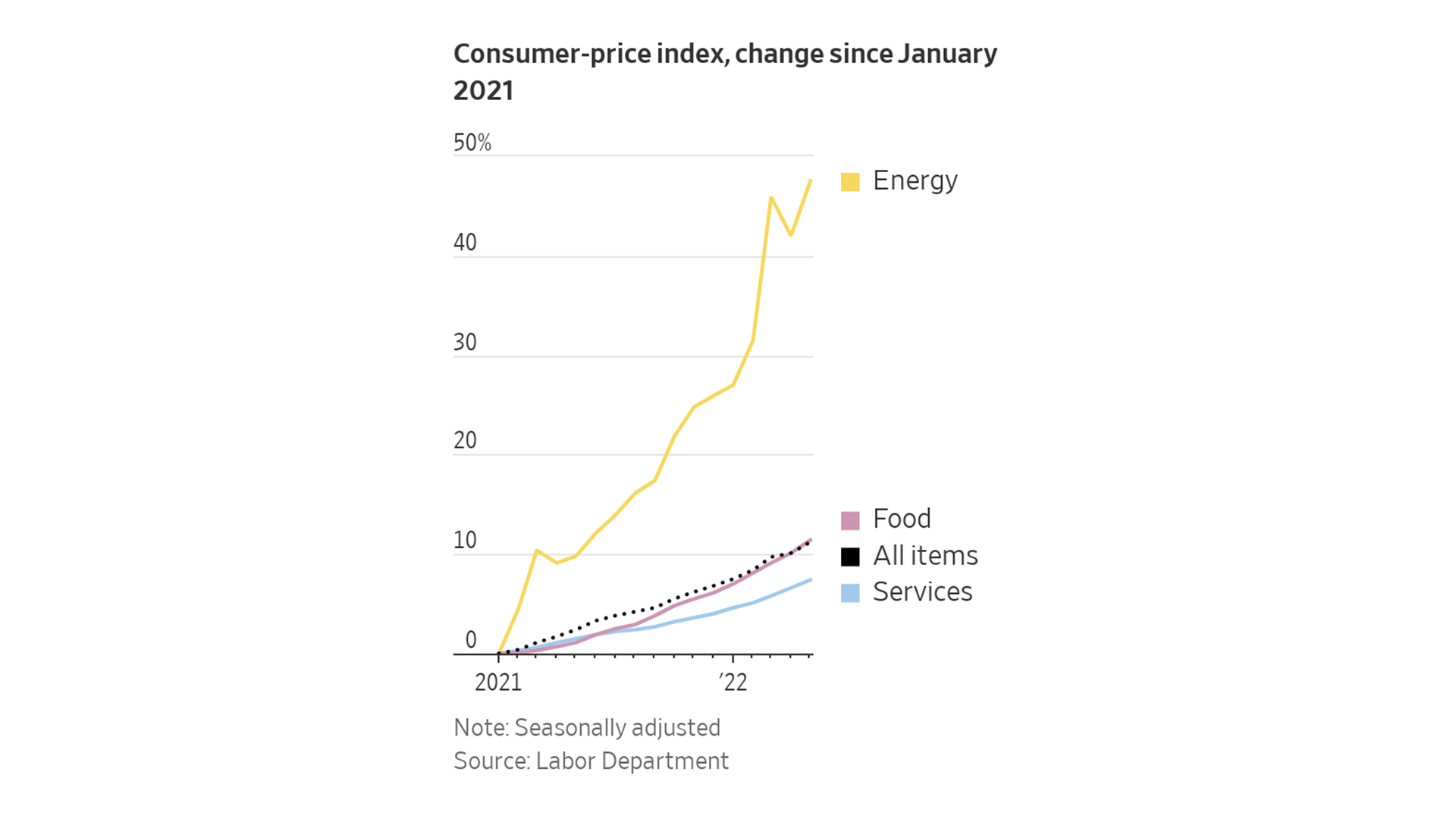 The inflation data was pretty much factored into market prices, hence such a moot reaction by markets overnight, with Wednesday’s hot CPI reading also prompting questions over whether inflation has in fact reached its peak.

Either way the market is now pricing in an 80 per cent chance of a 100bp hike later this month.

Across the market S&P500 sectors were mixed.

Consumer discretionary rose nearly 0.9 per cent, boosted by gains from Domino’s Pizza, Bath & Body Works and Tesla, while Boeing, Walgreens and United Health slid 2 per cent each, dragging the Dow into negative territory.

Of note, the biotech sector looks to have found a floor with the SPDR S&P biotech ETF outperforming once again, despite negative newsflow, rising for its seventh time in the last eight days. The biotech sector has been one of the worst market performers this year.

There is also much anticipation ahead of tomorrow’s unofficial start of Q2 earnings season, with reports from several big banks. The earnings risk theme remains an overhang given the combination of unchanged 2022 and 2023 consensus estimates, growth slowing, lingering inflation pressure and currency pressures.

There’s going to be plenty for the market to focus on moving forward.

The US Dollar was firmer on the yen cross but weaker elsewhere, with the euro earlier falling to parity with the US dollar the for first time since 2002.

The SPI futures are pointing to a 4 point loss.

Yesterday, the Australian sharemarket closed 0.2 per cent or 15 points higher at 6,622.

There is one company set to trade without the right to its dividend today. Spheria Emerging Companies (ASX:SEC) is paying 2.2 cents fully franked.

There are a number of companies set to pay eligible shareholders today, including:

There is one company set to make its debut on the ASX today. Keep an eye out for Botala Energy (ASX:BTE), which raised $7 million at 20 cents per share.

Iron ore futures are pointing to a 1.7 per cent rise.