The share price history for Telstra looks a little like a rollercoaster ride. Its peak price at $9.20 was in 1999 at the end of last century. The ride down took until 2010 to find a resting point at $2.55 where a strong upward trend was initiated forging through the downward trendline in 2012 to swing higher to reach $6.74 by February 2015. The rise saw the price increase by over 160% to then experience divergent momentum. The price topped out and tumbled into decline to find a low in mid-2018 at $2.60 finding support in the same zone as in 2010. The price based and recovered but was rebuffed by resistance around $4.00 roughly twelve months later. The subsequent downturn returned the price to the previous support zone finding a slightly higher turning point at $2.66 in October last year. 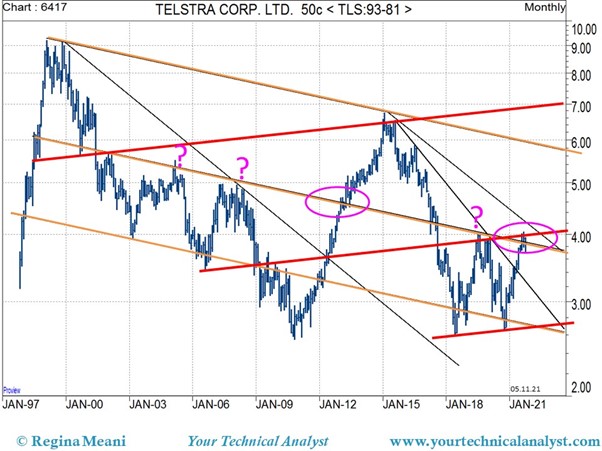 The price has risen strongly since then but has again halted at the $4.00 barrier zone and has been pausing underneath since August this year with support located at $3.70. It is critical over the short-term that this level is held as a break below would signal a break in the short-term uptrend and the potential to pullback towards $3.50 and possibly $3.30. Traders may wish to use these levels as trigger points going forward. If such a pullback action develops it would extend the basing process and provide trading and buyer investing opportunities. 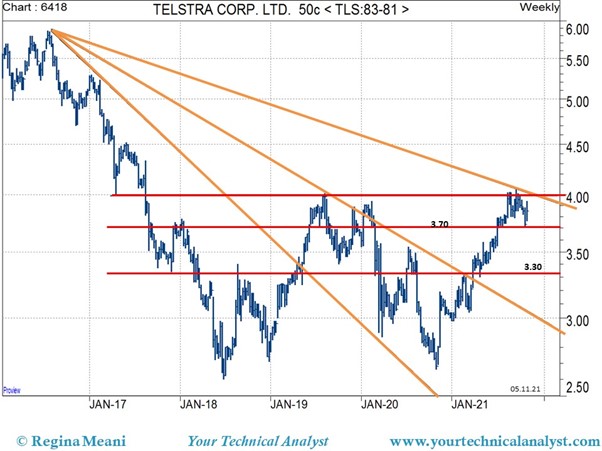 At this stage there is not enough evidence to suggest that the price is ready to forge another breakaway through its barriers as it did in 2013, but momentum is building. A move up through $4.05, however, and then confirmed through $4.20, would indicate that the momentum has been regained to complete the base and support the continuation of the upward path towards $5.80 and possibly higher.