Good morning. The buyer’s strike. I’m Melissa Darmawan for Finance News. This is your market outlook.

The Australian sharemarket is set for a rough day after a painful end to April.

Technology names extended their declines, following disappointing forecasts from Apple and Amazon while the biggest surge in monthly inflation since 2005 spooked investors to sell-off ahead of the expected rate hike by the Fed week.

Tech titans earnings disappointed along with a record quarterly gain for the Fed’s closely watched employment cost index – the missing ingredient to an aggressive rate hike cycle. Surging wage pressures could be enough for the Fed to lift its interest rates above the 50 basis points market participants are expecting.

The broad based sell-off on the S&P 500 sectors was led by consumer discretionary, which sank 5.9 per cent, followed by real estate, 4.9 per cent, then information tech, 4.1 per cent. Utilities shed the least, by 1.9 per cent.

The yield on the 10-year treasury note rose 11 basis points, prices fell to 2.93 per cent, it’s not your traditional outcome in an equities sell-off like this. Gold jumped 1.1 per cent to above US$1,900 on a stronger greenback, as investors piled into safety. The safe haven metal is set to consolidate here till we hear from the Fed.

The same reasons are at play, some more than others this session.

Firstly, earnings are really the key driver during the season so if there’s a big miss, it ripples. What we’ve continued to chat about is what to be watching during this time – it’s not about looking backwards, it’s about looking forward, their outlook.

Netflix was the first cab off the rank to destabilise the market, then we saw the Nasdaq rally in anticipation of earnings from Amazon and Apple. Their outlook disappointed, which led to a crash below the support level that was established in February. Buy on the rumour, sell on the news as we would call it.

Secondly, the imminent rate hiking cycle this week and the future moves on unwinding of the balance sheet. Investors are concerned if this will send the economy into a recession. That is two straight quarters of contraction.

The US GDP has already contracted in the March quarter this year as the country imported more than they exported, China’s PMI fell for its second straight month, following its Covid-19 outbreaks. To add we have the RBA and the Federal Reserve set to plate an interest rate outcome this week so more of a reason for investors to be nervous.

Thirdly, global macro pressures which include the war in Ukraine and the strained supply chain and the sanctions from the West and the European Union to stop Russia. This was also on investor’s minds.

Crude prices consolidated as the EU is inching closer to making an announcement on a phased embargo on Russian oil. For the oil price to rally, the easing of lockdowns in China is one catalyst, which doesn’t look like it’s coming anytime soon, spending on oil rigs which does not appear to be on table and even if this is the case, there is a lag. Also, OPEC+ hasn’t shown appetite to increase output and if they do, we have to remember that it takes time. Reading analysts’ notes, the outlook on oil looks very bullish.

Lastly, the PBoC is supporting the growth of the China’s economy through monetary and fiscal measures amid keeping inflation, financial risk, and currency depreciation contained. Investors have renewed fears about the 2009 China credit boom. If Beijing moves in a 2009-style credit-stimulus amid the supply chain issues, the inflationary impact could be something that market participants haven’t seen.

This image from the Office of the Chief Economist gives you a great look at the world’s consumption of iron ore as of the December quarter 2021. If the situation moves to the 2009 style, it bodes well for us back home and our dollar. 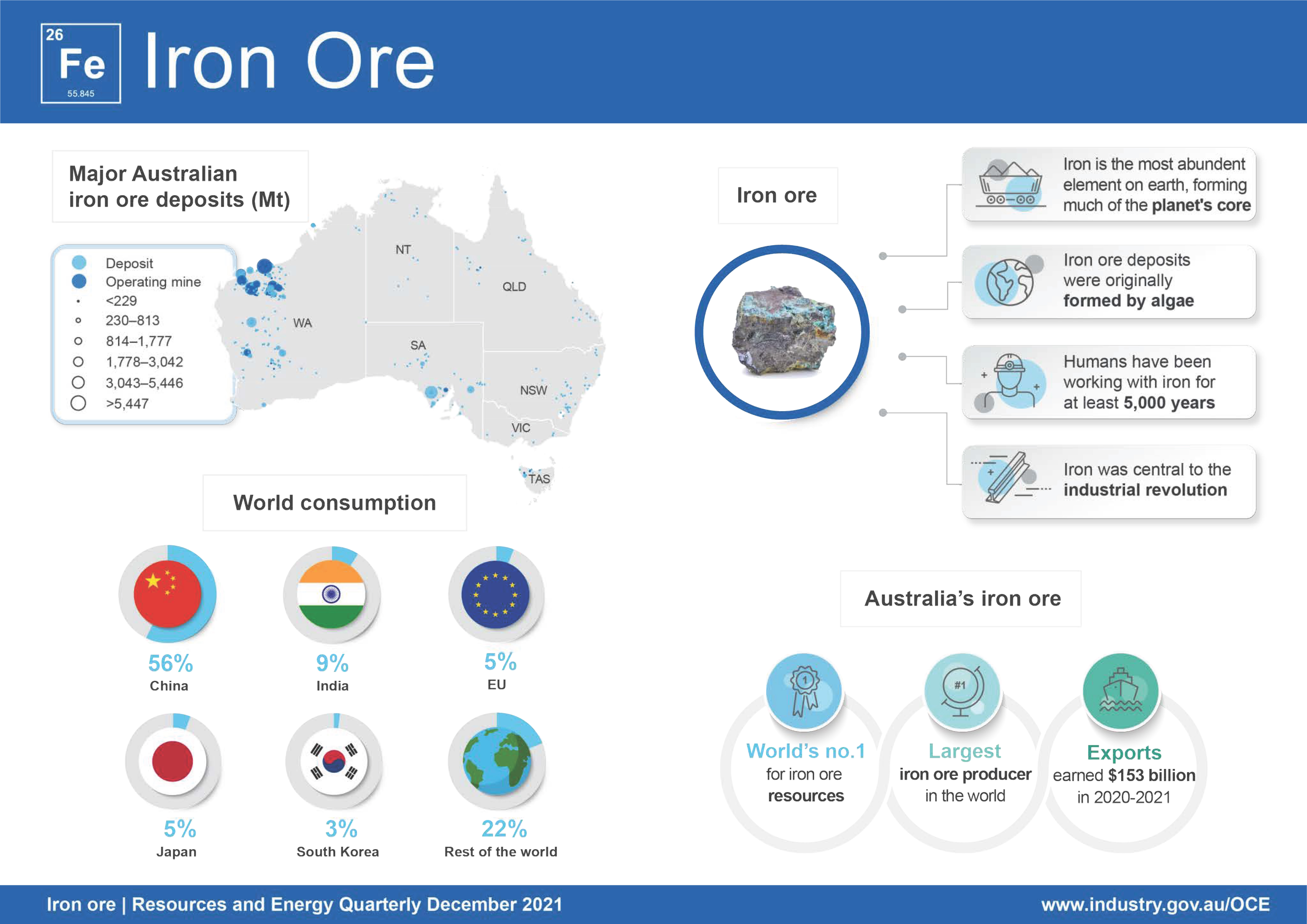 On Friday, the Australian sharemarket closed 1.1 per cent higher at 7,435 suffered from its mid-week fall, advancing for a second straight session on Friday, but posted a decline of 0.5 per cent for the shortened four-day trading week. For the year, the index is down 2.1 per cent, however in comparison to the S&P 500, the local bourse is an outperformer with the Wall St index down 13.9 per cent.

Taking all of this into the equation, the SPI futures are pointing to a 1.3 per cent fall.

Ahead of the RBA meeting tomorrow, investors will keep an eye out for the CoreLogic national home price index, ANZ job advertisements, and inflation data from the Melbourne Institute for April.

For context, we have seen house prices growth slow down after last year’s surge. Affordability, rising fixed-rate mortgages and a tightening in lending criteria have been at play. What will also be interesting will be how consumers feel about the nation’s current inflation figures and imminent interest rate hikes.

Back to equities, the local bourse is on track to crater. If we are to take a weak lead from Wall St, tech stocks are set to take it on the chin. The fall could be offset by our iron ore miners given its optimistic futures outlook.

On the earnings front, Qantas (ASX:QAN) is set to release its third quarter trading update while Transurban (ASX:TCL) is set to host its investor day.

We have two broker downgrades, one from Credit Suisse has cut Kogan.com’s (ASX:KGN) rating to underperform with a price target of $3.75. Morgan Stanley cut Resmed’s (ASX:RMD) price target to $201 from $235 retaining its equal weight rating.

We could see some moves with Rio Tinto (ASX:RIO) amid its long-term issuer default rating affirmed by Fitch as A, that means stable.

Regional Express (ASX:REX) stocks could get a bit of attention amid news that American giant Delta Airlines is set to partner with REX, according to Bloomberg.

There is 1 company set to trade without the right to its dividend.

There is one company set to pay eligible shareholders today.

Iron ore futures point to a 4.2 per cent gain.