The Australian Mutual Provident Society began offering life insurance in 1849. Now known as the AMP, the company has evolved over 170 years to become a publicly listed, global wealth manager.

The company’s services include financial advice and superannuation products, retirement income, banking and investment products, with a by-line that they are dedicated to supporting ‘the investor in all of us’.

The share price for AMP Limited (ASX: AMP $1.18) has finally turned a corner and broken its four-year downtrend. The steep downward trend started in 2018 but prior to this the share price experienced high volatility with wide ranging swings in price. 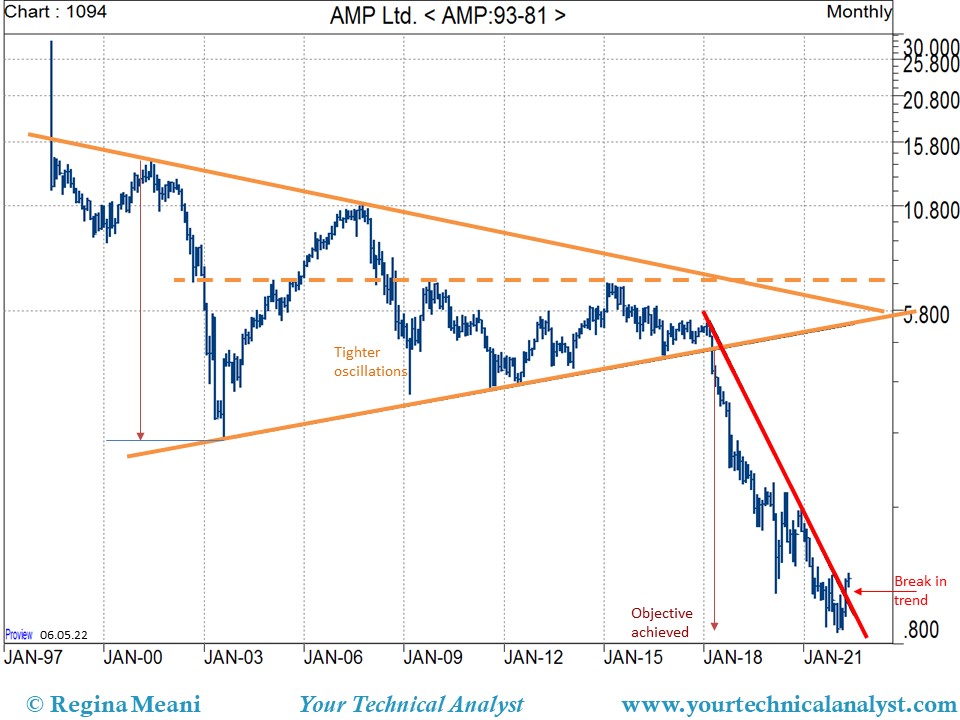 Amp’s listing in 1998 on the stock exchange was in itself dramatic with a spike up to $28 only to settle back to around $12. From here the price held above support around $8.70 until mid-2002 when the price spiralled down to reach a pivotal turning point at $2.73 a year later. The price reversed and supported a strong recovery that saw the price regain the $10.50-11.00 zone for most of 2007 but in December 2007 momentum turned and the price fell into decline again. Another spike reversal occurred in March 2009 when the price bounced from $3.52. The subsequent recovery failed to complete the reversal with the price failing and falling again. This time the price found higher lows at $3.61 in August 2011 and $3.71 in June 2012. 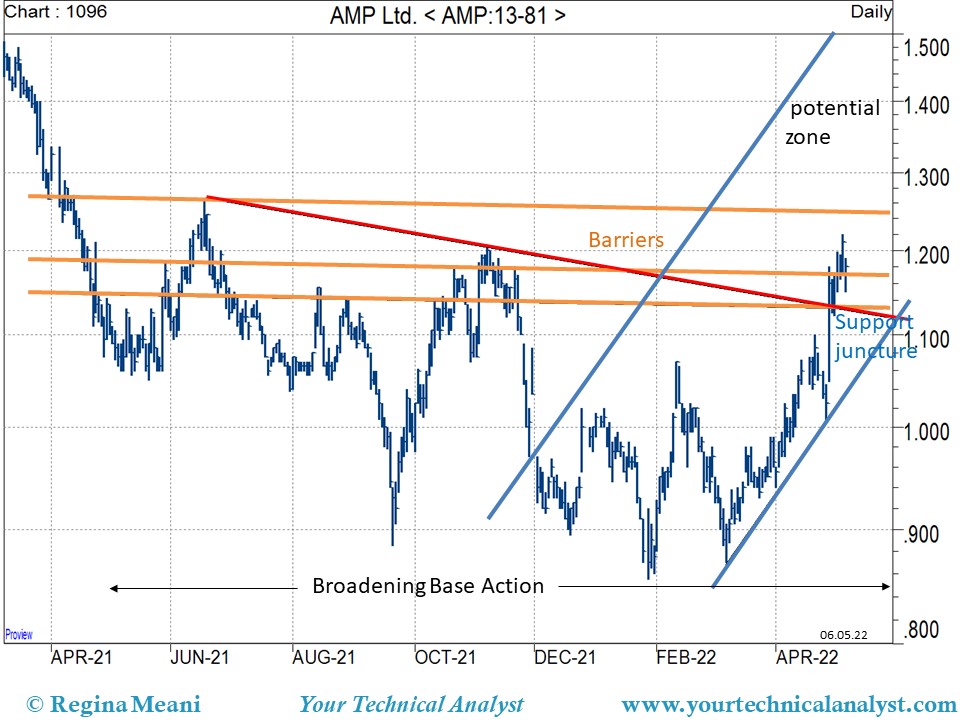 The higher lows and lower highs had the effect of squeezing the swings in price indicating that an outcome and more decisive direction for the price was impending. The price broke down from the phase in April 2018 with the action driving the price down through previous support levels to reach the objective from the phase to locate multiple turning points from within the 85-90c area.

The first stage in the reversal process began in mid-2021 and is still influencing the price. While the action is not completed the breaking of the 2018 downward trend provides a positive indication that a change in direction for the stock is underway.

Upper barriers to the completion of the phase lie around $1.20-27 but a clear breakaway may be delayed by more pullback and consolidation which would serve to broaden and strengthen the phase. Support lies in the $1.00-1.10 area but we cannot rule out a deeper pullback into the 90c-$1.00 range. Traders and investors should implement tight stop losses until the phase is completed.

Once clear of $1.30 the stock would confirm its new upward path initially towards $1.50 and then potentially $1.80 and possibly beyond.

As the share markets around the world are buffeted by both domestic and international concerns it is timely to look at critical levels on the Australian All Ordinaries. We have highlighted below the significant support and resistance levels going forward. 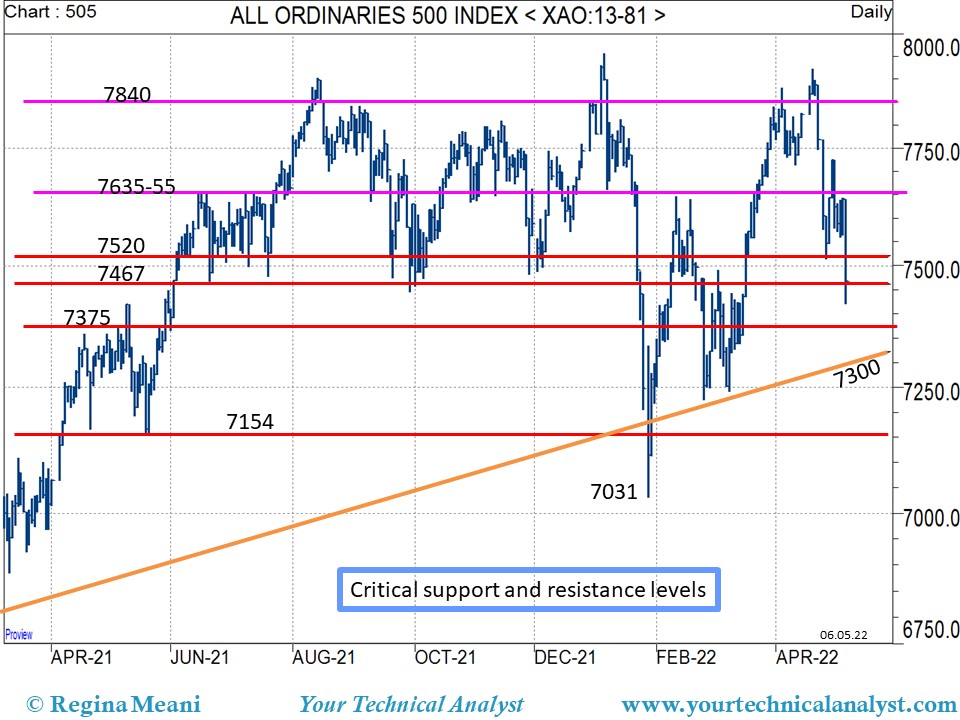